As seen in the previous two decades, domestic politics has been one of the major factors informing Nepal’s foreign policy, if not determining itself. The 1970s and 1980s were relatively stable periods under the then Panchayat System. The Prime Ministers were rotated heavily, but the power always rested with the King. King Birendra ascended the throne in 1972. During his coronation, which was attended by a large number of diplomatic dignitaries, he proposed Nepal to be made a ‘Zone of Peace’. It was a major initiative from the King, and the analysis of the intention and progress of the proposal reflects the foreign policy of Nepal during the period. There was the matter of ‘referendum’ in 1980, but the result was in favor of ‘reformed Panchayat’, and it did not alter the domestic dynamics much. Towards the end of this period, there was ‘Jana Andolan’ in Nepal, led by the Nepali Congress and communist parties, which overthrew the direct rule of the King, established multi-party democracy, and cosigned the King to a constitutional monarchy.

King Birendra’s prepared speech during the Non-Aligned Summit in 1973 stated that Nepal ‘wishes to be declared a Zone of Peace’. However, the official announcement of the ZOP by the King was made on 25th February 1975, during the farewell address delivered to the foreign dignitaries present to celebrate his coronation ceremony. His focus was on peace, peace in the country, the region and the world, and believed that ‘Zone of Peace’ will help institutionalize peace. Major points of the proposal included peace, non-alignment and peaceful coexistence, Nepal would not permit any activities on its soil that are hostile to other states supporting the proposal and expect reciprocity, and Nepal will not enter into any military alliance with any other countries among others. Nepal planned to take the proposal to the UN for endorsement.

There were international and domestic reasons for the proposal. Domestically, it was about maintaining stability, as the democratic opposition to the Panchayat regime came from Nepali exiles in India. It was also an opportunity for King Birendra to stamp his authority in Nepal’s foreign policy. Regionally, few issues were of real concern to Nepal. Nepal had a close eye on the political development in Sikkim. Sikkim, an independent state with ethnic Nepali people, was absorbed into the union territory of India in 1975. That was an urgent issue of concern for Nepal, a country that has inferiority complex vis-à-vis India. Many also had concerns that India could attempt a similar policy towards Nepal. Therefore, Nepal needed to ascertain its survival. Similarly, Nepal did not want to insert itself into the regional and global rivalries (such as India-Pakistan, Sino-India, US-USSR), and would rather expend its limited resources for peace and growth. Notwithstanding the justifications of the ZOP, it marked a significant change in the orientation of foreign policy of Nepal compared to a decade earlier.

The foreign policy of Nepal in the 1950s and 1960s was marked by movement along with the ‘special relations with India’ to ‘diversification in economic, trade, aid and global engagement’. In saying that, the relations with India was still the most important. ‘Zone of Peace’ was an attempt at ‘neutrality’ or ‘equidistance’, doing away with ‘special relations with India’. ZOP would do away with the concept of Nepal as ‘buffer state’, the strategic view that India held since the time of Jawaharlal Nehru. An agreement on such a proposal would also limit the role of India in Nepal’s domestic politics. Firstly, it would have limited the activities and some freedom enjoyed by exiled political leaders in India. Secondly, requests were made for the withdrawal of Indian intelligence posts in Nepal.

Two regional incidents also heightened the insecurity in Nepal vis-à-vis India. First, India played an active role in the breaking up of East Pakistan to form an independent Bangladesh in 1971. China, Pakistan’s all-weather friend, could not do much to change the scenario in which India got a decisive victory. The second was the dissolution of the Kingdom of Sikkim into the Indian union territory in 1975. Within a span of five years, the political map of South Asia changed significantly, thanks to India. This was bound to have a profound impact on the psyche of another small nation that shared a deeply unequal power relations with India.

Therefore, according to S.K. Upadhyaya, Nepal’s former Permanent Representative to the UN, ZOP, was the only way to ensure small nation’s (Nepal’s) survival when large powers commit aggression against small powers.

The ZOP was supported by a large number of countries to varying degrees. Major global and regional powers such as China, Pakistan, the US, the USSR, France, and the UK among others supported the proposal (on various dates and to varying degrees). By the mid-1980s, more than 85 countries around the globe had supported the proposal. However, Nepal’s closest neighbor India had major reservations. While the ZOP was not targeted at India, it could not be denied that India was a major target in terms of why the ZOP was proposed and would require to do the most to ensure the proposal was applied if India accepted given the socio-economic, political and geo-strategic linkages. Accepting the ZOP would mean that India’s ‘special’ position vis-à-vis (Nepal) would be diluted. Similarly, Indira Gandhi could not fathom that Nepal-China relations would be equated with Nepal-India relations. Other governments in India and leaders too had various reservations primarily that India has a special security interest in Nepal and ZOP does not address that.

The Fate of ZOP and Lessons for Nepal’s Foreign Policy

Despite the support of more than six dozen countries including the major powers, the ZOP died its natural death after the demise of Panchayat in 1990, thanks to the Indian reservation. The relations between the King and India also suffered which ultimately culminated in India’s blockade over Nepal in 1989 (though this was not the direct cause). This offers key lessons for Nepal’s foreign policy priorities. Firstly, the geo-economic rationale (in this context, the over-dependence on India) is a severe constraint to Nepal’s foreign policy. India does not hesitate to use such a constraint to undo Nepali strategies that do not address its national interests. Secondly, Nepal can count on the support of other neighbors and major powers. However, they are no substitute for the Indian influence and presence in Nepal. If Nepal aims at the successful implementation of any major foreign policy, it has to assure India that its legitimate security interests will be addressed and brought into confidence. Finally, as the saga unfolded, a foreign policy based on neutrality or equidistance failed to materialize at best, and backfired at worst. Nepal needs to engage with each neighbor and other countries, based on Nepal’s and the other partner’s specific interests. Trying to weigh two different neighbors on the same scale is not prudent as both countries have different interests in Nepal and vice-versa.

NDV0003 - Dashain and Internal Movement of People in Nepal 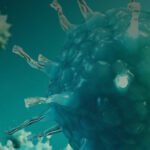