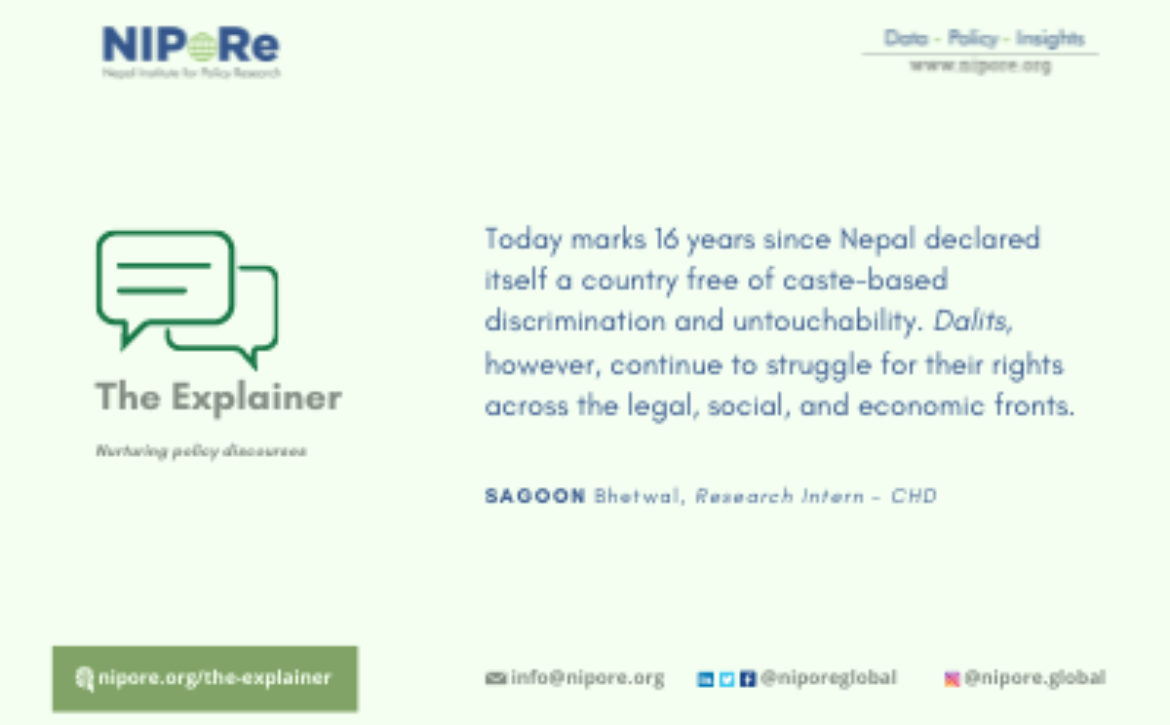 As per the National Census 2011, Dalits make up 13.6 percent of Nepal’s total population. And according to the Nepal Multidimensional Social Inclusion Index 2014, Dom and Musahar (from the Dalit community) rank two of the lowest caste/ethnicity groups out of the 97 such groups when looking at their social, economic, political, cultural, gender, and social cohesion dimensions.

Government efforts to uplift the livelihoods of such marginalized communities have been there for some time. Those efforts got more prominence, especially after the restoration of democracy in  1990. To further enhance such efforts at the national level and also through all government policies, the Interim Parliament of Nepal, on 4 June 2006, declared Nepal as a country free of caste-based discrimination and untouchability. Almost after five years, on 24 May 2011, the Constituent Assembly of Nepal passed the Caste-Based Discrimination and Untouchability (Offence and Punishment) Act 2011. Additionally, Nepal introduced a new constitution – the Constitution of Nepal 2015 – to incorporate major social reforms in this sector in the country’s guiding constitutional document so as to further support Nepal’s ongoing efforts to make Dalits’ lives better. The new Constitution guarantees the right to live with dignity, rights relating to justice, the right against untouchability and discrimination, and the rights of Dalits, among others.

Despite these constitutional and policy reform attempts, the community, however, continues to be marginalized even today. A 2015 study by Samata Foundation entitled ‘Nepal: Access to Justice for Dalits’ looked into 18 cases of caste-based discrimination and untouchability from across the country to see how Dalits’ lives had been changing over the years. The study concluded that the perpetrators of those cases were fined but charged only a small amount of cash and none of them were imprisoned. From a legal protection perspective, experiences from these 18 cases indicate that there exists a huge gap between policies and practice when it comes to protecting the rights of the Dalits. This could be concluded on the fact that Nepal still needs to formulate enough policies, rules and regulations to ensure the placement of specific procedures, amend the short duration of imprisonment for the perpetrators, amend the low range of fines for the proven guilty that does not equate to the gravity of their crimes, the heightened need for reform of the statutory limitation to file cases (which is currently set at three months), and the absence of witness protection provision(s) in the existing act. Similarly, Informal Sector Service Centre (INSEC) recorded 61 cases of human rights violence and abuse due to the practice of untouchability in its Nepal Human Rights Year Book 2020. Even more worrying is the pattern of hindrance in accessing justice and impunity. Evident are the Rukum murder case and the recent custodial death of a Dalit boy in Rolpa who was imprisoned for a crime that he didn’t commit.

It is therefore high time that we reflect on the provisions and actions of the State as we observe the National Day for the Elimination of Racial Discrimination and Untouchability today. Unlike in the case of National Dalit Commission (where the government had failed to appoint professionals for all vacant positions till 2020, i.e., even after five years after the adoption of  the new constitution in 2015), the government needs to take swift and appropriate actions to address the existing situations now and in the future to prove that it is serious on addressing the related issues. In conclusion, much work remains to be done – especially in terms of implementation perspective – in the legal, social, and cultural spheres to fully discourage the practice of caste-based discrimination and untouchability in Nepal 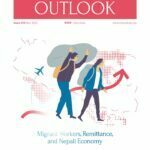 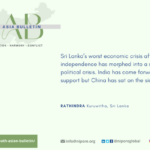