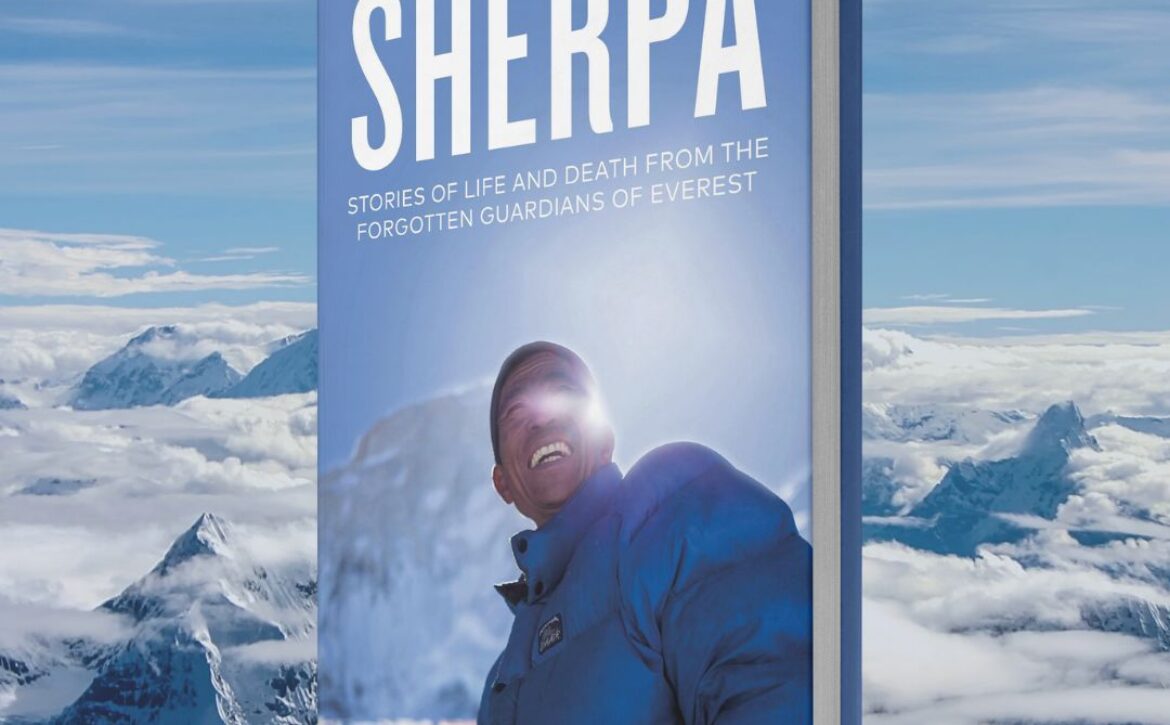 “Why climb Everest?” a reporter asked George Mallory, who took part in the first three initial Everest expeditions. Mallory’s hilarious reply to this was, “Because it’s there!” What may have been Mallory’s instantaneous not-so-well-thought-of expression about why people pursue climbing may sound a little absurd and ambiguous, but it eventually became the three most famous words in the world of mountaineering.

For many climbers worldwide, the three-word prototype still holds true, but with a slight adaptation. For a random aspiring climber today, the answer to the same question asked before Mallory could be—“Because there are Sherpas!”

Let’s assume you have decided to climb Everest. Your finances are sorted, and you have a green signal from your family and doctor to pursue this extreme adventure. Your next existential question would be, “How will I get there?” Or better, put this question like this—“Who will take me there?” Who else but the Sherpas—an ethnic group that lives mainly in Nepal’s high mountains. Over the years, Sherpas have earned a reputation as the world’s strongest mountaineers. You may have read about them and their climbing prowess in the mountaineering literature, but how many of these stories have been from the Sherpas’ point of view? Very little. So far, the vast majority of the narratives around mountaineering, specifically Everest, have focused on the glories and achievements of western climbers, who acknowledge the contributions of Sherpas, but most limit it to expressions like— ‘I and seven other Sherpas climbed Everest’.

Well, not anymore! The mountaineering narratives have evolved and come of age. ‘SHERPA’, a book written by home-grown Nepali authors Pradeep Bashyal and Ankit Babu Adhikari, unravels stories of Sherpas unlike ever before. The book’s subtitle, “Stories of Life and Death from the Forgotten Guardians of Everest,” speaks for itself. The book not only focuses on summit feats by Sherpas but also provides a first-hand oral history of their existence and the struggles that go into achieving the most remarkable feat in today’s mountaineering landscape.

Speaking of the authors, Bashyal is a journalist, and Adhikari is a musician/songwriter. The book resonates with the authors’ backgrounds, as it has rich research-oriented journalistic storytelling and, at the same time, reads like a finely woven rhythm of one of Adhikari’s songs. The authors do not impose their opinions on the readers; instead, the book illustrates a story from Sherpa’s perspective, which feels more authentic.

‘Sherpa’ presents an evocative graphical representation that allows readers to become familiar with the villages (human settlements), mountain peaks and passes, airfields, monasteries, lakes, and rivers/streams that the Sherpas hold close to their hearts. Additionally, the book has two sections that are dedicated to intimate and people-centred images that showcase the area and the people featured in it.

Divided into 12 chapters, each chapter in the book portrays different stories that make the readers understand that Sherpas started in the mountaineering world as porters, chefs, weather experts, technicians, medics, climbers, etc. Today, many of them operate as internationally certified mountain guides, with a few leading some of the best mountaineering expedition companies in the world.

The book also presents the spiritual journey of Sherpas. For instance, there is a story of Phurba Tashi Sherpa, who summited Everest 21 times. After spending many adventurous years summiting mountains, Phurba Tashi suddenly quit mountaineering to live a quiet life with his wife and children. He is still considered one of the best mountaineers the world has ever seen, and there are people all over the world willing to climb alongside him. But it all means nothing to Phurba Tashi, for he has his own personal and spiritual reasons for quitting climbing. Another story of Kushang Sherpa, a Darjeeling native, details his spiritual journey, how he was sold in Bhutan’s labour market and emerged from it and ended up climbing Mount Everest from all its all three faces—north, south, and east.

The book provides unique insights about several generations of Sherpas and how they view mountaineering as a profession. From the outset, each chapter has its success and failure stories, be it taking clients to the different peaks of the world or rescuing climbers from the world’s highest mountains. Most importantly, this book takes a community immersion approach where authors explore the surroundings and interact with the characters to closely understand the daily lives of Sherpas, the history and culture that influenced their way of life, and how they interacted with the mountains.

The book showcases Sherpa women’s crucial role in caring for family, livestock, and hotel businesses while the men in the family head to the mountains during climbing seasons. The book also recognises the fact that Sherpa women form the backbone of the tourism industry high up in the mountains.

What’s more, the book also goes into detail in answering the common question, i.e., “What makes a Sherpa different from a normal human being?” is pretty fascinating, backed up by sociological-scientific evidence.

The book also reveals how many Sherpas have died on the mountains and that many of their families don’t get their bodies back. The book highlights that bringing down bodies from Everest is three times more expensive and arduous than simply climbing the mountain.

Given that mountaineering has become one of the most popular adventure sports, the authors have chosen to include the impact of climate change on Nepal’s fragile mountain ecosystem. Just like wind patterns and movements of ice blocks on the mountains keep changing, the book explains how a new generation of Sherpas have a different view of mountaineering, with many preferring to engage in other professions. I felt that the authors could have focused a little more on the future of the mountaineering industry, especially given how expensive climbing Everest has become. Additionally, I longed for some potential measures to tackle pertinent problems in this fast-changing mountainous realm.

The last section of the book, which I have rarely come across in other books, keeps track of all the significant events and records held by the people featured in the book. Since ‘Sherpa’ has numerous characters, keeping track of who’s who becomes challenging. Hence, the book’s final section brings all the individuals’ historical timelines, including the dates and places the interviews were taken.

At last, the authors’ phenomenal storytelling acumen shows dark and bright stories, which help readers understand that Sherpas have different mountains to climb daily. Not many books have been written covering the human aspect of the lives of Sherpas, and this book brings such stories to the forefront. There is no doubt that climbing is in Sherpas’ blood, be it daily struggles, climbing peaks, or dragging bodies and litter down from the high-range mountains.

The book has the potential to reach a larger global audience not just because it’s related to Nepal’s much-talked subject but has brilliantly portrayed a moving human side of people performing the world’s deadliest job.

SHERPA: Stories of Life and Death from the Forgotten Guardians of Everest 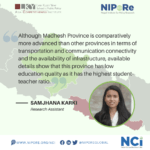 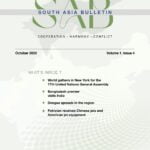 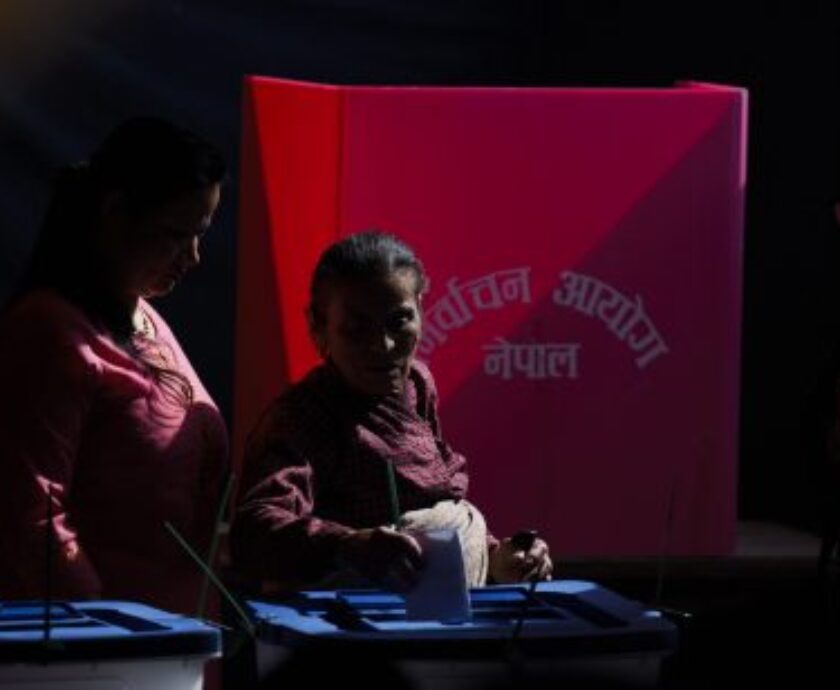 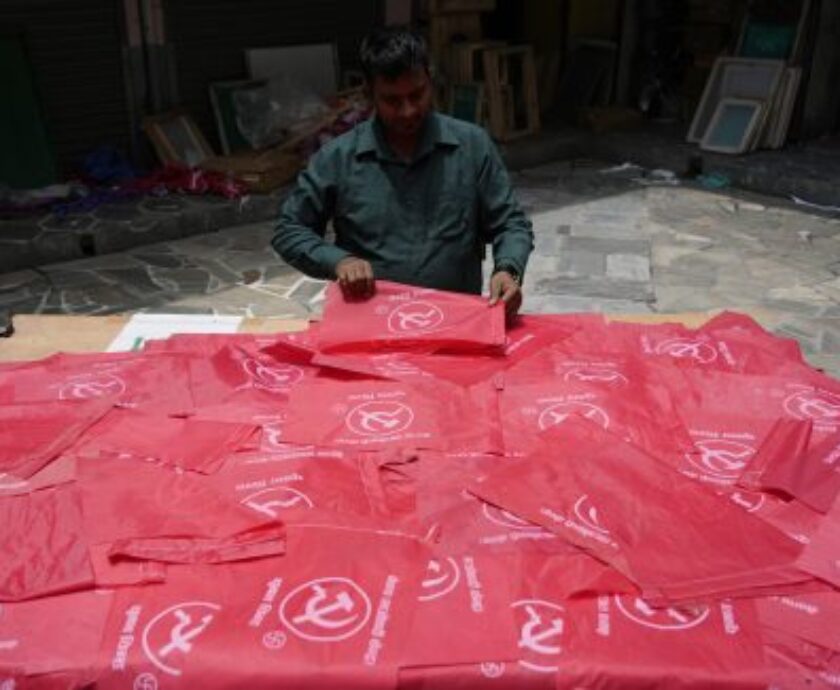 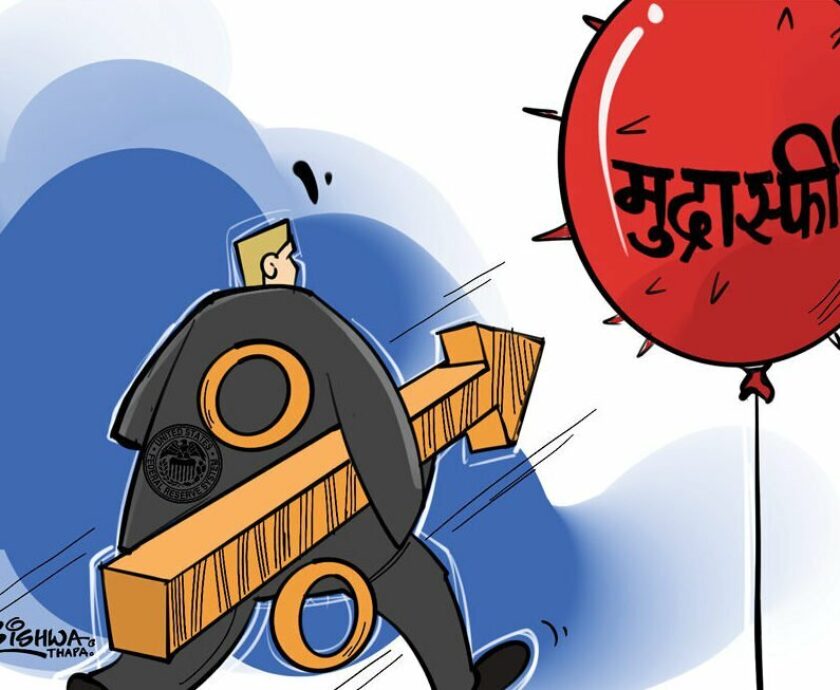