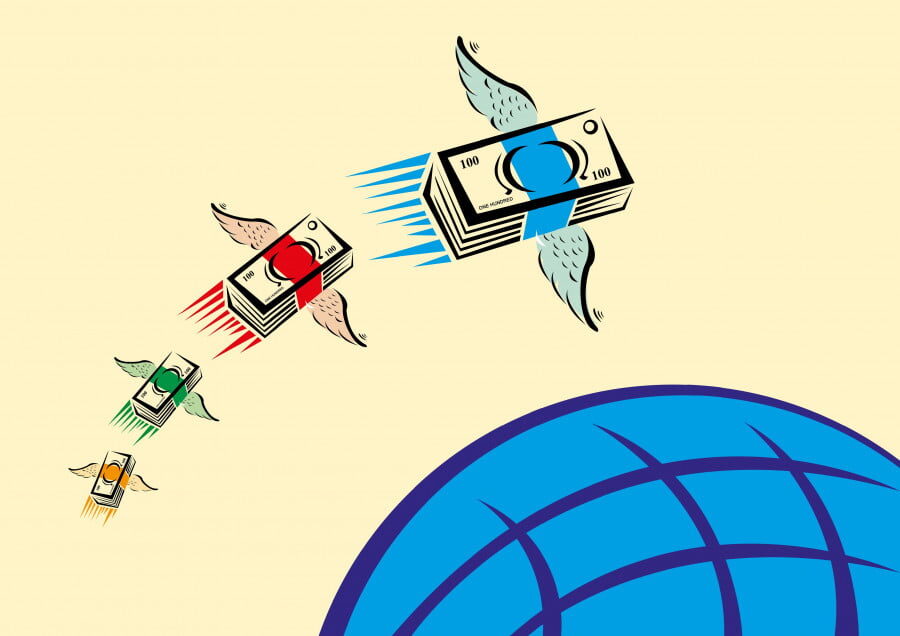 Nepal has faced tremendous hitches in the path of economic development. Keeping natural barriers (landlocked externally and challenging topography internally) aside, the nation has been undergoing a protracted era of political change over the past two decades, graduating from a monarchy to multiparty democracy, marred by armed war, ethnic unrest and frequent changes in power. Frequent changes in government, irrespective of a unitary or federal form of government, has directly hampered Nepal’s development path, compounded by poor policy decisions. Poor policy decisions have led to weak performance of the primary agricultural and industrial sectors, low public investment and capital accumulation, and low productivity growth.

Given this context, it is not surprising that foreign employment has become more pervasive, particularly in the years following Maoist conflict. The Department of Foreign Employment started issuing labour permits in the late 1990s. The number of labour permits issued peaked in 2013-14 at a high of 519,638. In 2020-21, the number of labour permits issued plunged to a 16-year low of 72,081 due to the Covid-19 outbreak and the ensuing restrictions on people’s freedom of movement. At present, formal overseas employment procedures have become cumbersome due to the bureaucracy that requires foreign employment agencies to produce authentic labour demand letters, get the demands attested from the Nepali embassies in target countries, and provide several other documents. Despite the cumbersome out-migration procedures, foreign employment has become a lucrative area to escape Nepal’s job market.

Remittances in Nepal have surged at an unprecedented pace. Personal remittances received were less than 1 percent of GDP up until the late 1990s, lower than Bangladesh and India. This share dramatically increased during the first half of the 2000s, rising from 2 percent in 2000 to 22 percent in 2010 and 30 percent in 2015. Following the pandemic, it was anticipated that Nepal would experience a sharp fall in remittance inflows, impacting imports, the balance of payments, foreign exchange reserves, consumption, savings, loans and interest rates. However, according to the data released for fiscal 2020-21, Nepal performed better in remittance inflows.

Large-scale migration is a symptom of underlying, long-standing issues rather than a sign of strength. One of the world’s most extensive and dense anti-poverty initiatives is likely to be found in Nepal. Unfortunately, more resources go into the process of delivering benefits to “the poor” rather than achieving impact (making “the poor” rich). Economists Yurendra Basnett, Chandan Sapkota and Sameer Khatiwada have rightly pointed out that much effort is also put into process innovation and complexity (how to get the goodies to “the poor”) while neglecting the apparent reality that a great job with a high salary would go a long way in reducing poverty in one of the chapters of the book entitled Politics of Change.

Large-scale migration and the resulting remittances have facilitated the expansion of low-productivity services. Still, they have also contributed to the low competitiveness (via appreciation of the real exchange rate). As a result, this cycle intensifies already-existing problems that Nepal has faced for a while, further impeding its competitiveness and limiting its economic potential. Because of all these factors, Nepal, home to some of the most hardworking and adventurous people in the world, may remain in a high migration and remittance trap for years to come.

The pandemic provided the government with a fantastic opportunity to learn a lesson from the existing policy gap to keep the people who had returned to help with the need for the nation’s development. It is a monumental task to switch from foreign employment to domestic employment. Approximately 500,000 young people enter the workforce each year, and 80 percent of them manage to find work abroad. Due to a lack of investment that may have helped produce output, Nepal is now entirely dependent on imports. Ironically, Nepal imports even agricultural items, even though 66 percent of the country’s population is employed in agriculture. Agriculture, which accounts for two-thirds of the workforce and one-third of GDP, has to undergo reforms to increase productivity, reduce poverty and free up labour for new sources of economic growth.

For Nepal, unleashing massive hydropower investments would be a game changer. It would not only result in considerable increases in productivity and new investments, but it also has the potential to raise wages dramatically, reverse migration and boost competition in downstream industries. According to the National Planning Commission and UNICEF report Demographic Changes of Nepal: Trends and Policy Implications, Nepal will have an ageing population by 2028 and an elderly population by 2054. Therefore, Nepal has a very limited window of opportunity to capitalise on the demographic window. It is necessary to invest in the skills of Nepali youth to fully realise the demographic dividend. For Nepal to continue on a more robust and sustainable growth path, more human capital must be put to productive use.

History also shows us that Nepal has implemented significant reforms in the past and is capable of doing so again. The broad-based reforms that Nepal implemented between 1986 and 1996 positively impacted the economy. The share of commerce in GDP and exports, as well as the share of manufacturing, virtually doubled, increasing the economy’s openness and diversification. The political shift to democratically elected administrations, which also gave the populace a new purpose, served as the foundation for these reforms. Today, they serve as a sobering reminder that Nepal can undergo significant and complex reforms. To escape the out-migration and remittance trap, a clear set of plans and policies to increase domestic employment should be the top priority of the federal, provincial and local governments. Without rethinking our development model, the country cannot prosper or graduate to a middle-income country.