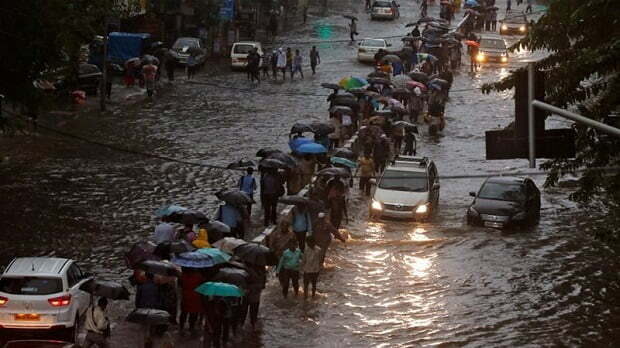 Some notable initiatives are underway in Nepal. The Disaster Risk Reduction National Strategic Action Plan (2018-2030) proposes priority actions in the short-term (2018-2020), medium-term (2020-2025), and long-term (2025-2030), assigning responsibilities within federal, provincial, and local governments. In 2019, the National Disaster Risk Reduction and Management Authority was also established to coordinate, facilitate, and implement disaster risk reduction and management-related functions. Additionally, the Government of Nepal has developed an integrated and comprehensive one-stop Disaster Information Management System known as the Building Information Platform Against Disaster (BIPAD) portal, which is currently being localized.

On the bilateral front, while there have been several broad engagements around river management between Nepal and India, these have been limited. The two countries have often resorted to blaming one another for their shortcomings. There are different mechanisms to deal with flooding [for e.g. the secretary-level Joint Commission on Water Resources (JCWR), the Water and Energy Commission Secretariat (WECS) that deals with trans-boundary water issues, and the Joint Committee on Inundation and Flood Management (JCIFM)]. Sadly, these engagements have remained relatively passive. For instance, flood forecasting, which includes the planning and implementation of the Flood Forecasting Master Plan, was discussed consecutively in the JCIFM between 2014-2017, but this was left off the agenda in the 12th JCIFM in 2018. Similarly, the JCWR meetings are to be held once in six months, yet only seven meetings have taken place since its establishment in 2000. Dynamic and iterative engagement is key to addressing this issue, but cooperation on both ends has stalled over the years.

At the regional level, the SAARC Disaster Management Centre (SDMC), a dedicated body for disaster risk management, was established to build the capacities of South Asian nations and implement the Comprehensive Framework on Disaster Management for South Asia. In its power, the SDMC has developed regional guidelines, built a collective emergency response mechanism, and conducted several technical training sessions. However, the volume of such initiatives has decelerated over the past years. Despite having elements of an effective structure in place, emergency responses at the SAARC level have not been deployed in the wake of the multiple calamities in the region. As such, it has not been able to sustain a robust disaster management framework in ways that would enable member countries to build their national capacities and respond through concerted coordination.

Shifting approach beyond the blame game

India and Nepal have long accused each other of the trans-border floods. Amidst the pandemic in 2020, the state government of Bihar blamed Nepal for obstructing flood preparedness activities. Nepal, on its part, has raised growing concerns over how Indian infrastructure and development activities along the Koshi and Gandaki rivers and along the border have hindered the natural flow of water. Progress is also compounded by the issue’s complex geographical and political nature and discontent among vested interest groups. Highlighting India’s hegemonic status in past water treaties with Nepal, many scholars have argued that treaties like the Koshi agreement (1954) and the Gandak agreement (1959) have deprived Nepal of its fair share of benefits. Decades have passed since these agreements, and any further passive leadership might impede timely action for collective and coordinated flood risk management efforts.

As we mark the 75th year of Nepal-India bilateral ties, leveraging this moment to gear focus towards the protection of lives and livelihood of the hardest hit climate-vulnerable communities – particularly in Bihar and Terai region – is crucial. Such cooperation will help further the bilateral relations and directly impact the lives and livelihood of people on both sides of the border. Formal government-to-government cooperation mechanisms for flood risk management efforts have been in place for decades with limited focus. Civil society actors, non-government organizations, and the private sector could play an increasingly important role in shifting the current narratives of transboundary disaster management negotiations. In the region, initiatives such as the Bangladesh-India Sundarbans Region Cooperative Initiative (BISRCI) have been helping the two governments manage the Sundarbans sustainably since 2011. In Nepal, the Koshi Disaster Risk Reduction Knowledge Hub (KDKH) is working to foster transboundary collaboration on disaster risk reduction and strengthen science, policy, and interlinkages. It has convened dialogue annually since its inception in 2018, bringing together researchers and policymakers to explore ways of collaboration. These initiatives play an important role as enablers in fostering bilateral dialogues and should be leveraged in furthering regional cooperation.

With climate change exacerbating extreme flood events every year, cooperation in disaster risk management will be increasingly critical to better Nepal-India relations. Climate contexts in both India and Nepal are characterized by the uncertainty of monsoon rain patterns, risks of melting Himalayan glaciers, and vulnerable low-lying coastal cities. Furthermore, losses from climate change in GDP per capita for both Nepal and India are projected to be higher than the global average of ~7 percent, with Nepal facing a potential loss of 13 percent and India ten percent in 2100.

Flooding during the monsoon season is a natural phenomenon. Nepal’s Terai region of Nepal and Eastern India face growing hazards from glacial lake outburst floods (GLOFs) and bishyari floods, a type of flood that occurs due to the breaking of dams caused by landslides falling directly into rivers. Many rivers originate in the Himalayas and flow to the Bay of Bengal. Koshi, Gandaki, and Karnali rivers – the three largest river basins in Nepal – enter India through Bihar and Uttar Pradesh, the most populous states in India. Given the number of lakes at risk of bursting across these basins, the strong upstream-downstream flood linkages, the changing patterns of extreme precipitation events, and the cascading impacts on lives and livelihoods, cooperation in disaster risk reduction and management cannot be overlooked.

Vulnerability to flooding Despite increasing risks of devastating flood impacts annually, the momentum around cooperation tends to surface only during the monsoon season when more priority should ideally be directed towards rescue and rehabilitation. Nepal has already witnessed multiple damaging floods over the past decade – notably the Koshi flood of August 2008, one of the most disastrous floods affecting 3.5 million people across both countries. The tragedy exposed the inadequacy of current flood management systems and warned of the changing climate patterns. In recent years, Nepal has witnessed unseasonal heavy rains shortly after the monsoon in October 2021, a month that is crucial for agricultural harvests. The Ministry of Agriculture and Livestock Development estimated a loss of NPR 8.26 billion worth of paddy crops across all seven provinces only due to the unseasonal rain and flooding. Recent flooding patterns and climate change in the region indicate flooding is no longer a seasonal concern.

This series of Nepal-India relations blog posts are published on the auspicious occasion of India’s 75th Independence Celebration.