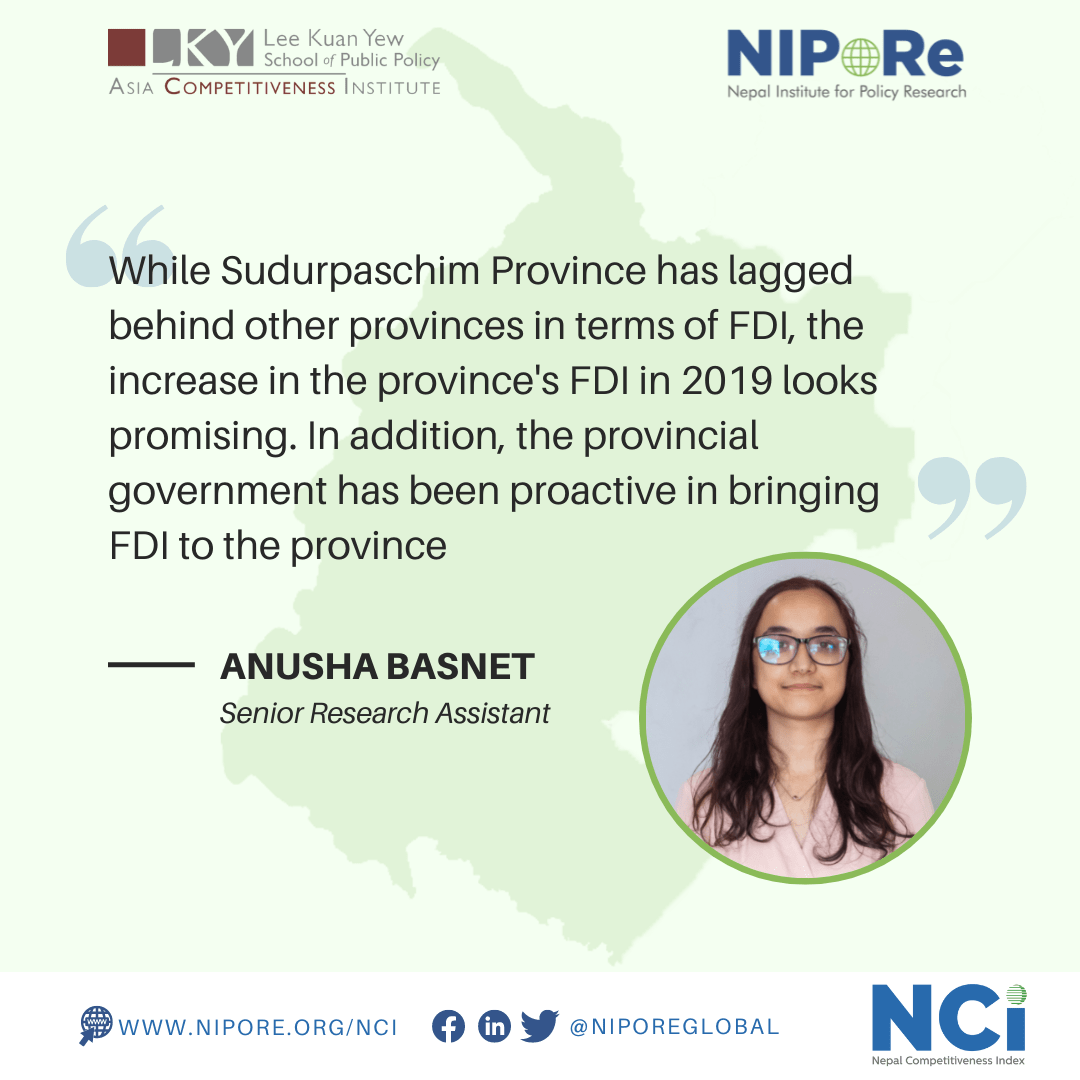 Foreign Direct Investment (FDI) is defined as a “category of cross-border investment” in which an investor from one country invests in another country wherein the investor has significant control over the business it invests in (IMF, 2009). It may also involve a “transfer of technical know-how, managerial and organizational skills”. For a country aiming to expedite its development process, FDI has been one of the factors aiding the development process of Nepal especially in recent years. The government has also made provisions to make Nepal a more investment friendly country. Acts such as The Foreign Investment and Technology Transfer Act (FITTA) 2019 and Foreign Direct Investment Policy 2015 have been created by the government in an effort to create a better environment for foreign investors. The FITTA states that “investors need to bring 25 percent of the pledged investment within a year from the date of registration, 70 percent by the start of operation, and the remaining 30 percent within the next two years.” The Department of Industry (DOI), Nepal Rastra Bank (NRB), and Investment Board Nepal (IBN) are three agencies that implement the laws regarding FDI.

Looking into the provincial breakdown of FDI statistics, we see the following numbers:

From the above graph, we can see that Sudurpaschim province has received the least amount of FDI in all three years (2017, 2018, 2019). The province received FDI of Rs. 13.2 million, 10.8 million, and 27.93 million for the years 2017, 2018, and 2019 respectively. The increase in FDI for the year 2019 can be attributed to the investment brought in for the manufacturing sector (cement industry) and information technology sector (software development industry). Comparatively, Sudurpaschim province lags behind other provinces in terms of being able to attract foreign investment. Years of lack of concrete development plans from the central government, lack of investment in the infrastructure sector and other factors such as a difficult geographical terrain have caused the province to lag behind in terms of development which has affected its current ability to seek investment. Furthermore, delays in current projects have not inspired confidence from the investors.

As the Sudurpaschim government has been creating ambitious plans to expedite the development process of the province, FDI will play an important role in the process. While the province has a lot to do in terms of catching up to other provinces for bringing in FDI, the steps initiated by the government show their commitment and dedication to the economic development of the province.