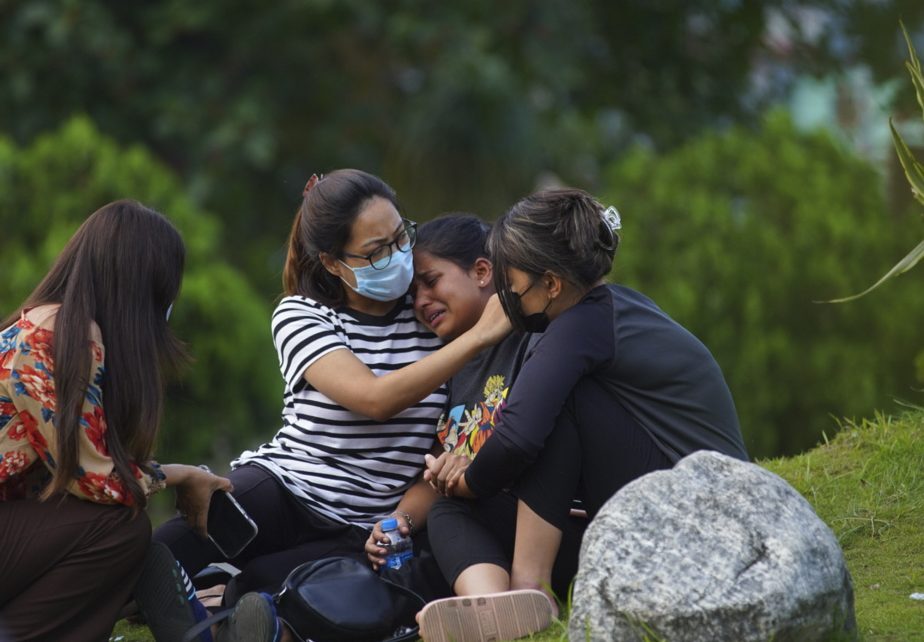 The column originally appeared in The Diplomat on 9 August 2022. Please read the original article here.

On August 3, the U.N. aviation watchdog, the International Civil Aviation Organization (ICAO), formally asked the Nepali government to split the Civil Aviation Authority of Nepal (CAAN) into two separate entities — a service provider and a regulator. Nepal needed the restructuring to ensure a “clear separation of authority between service providers, operators and the regulatory authority” in order to improve air safety, ICAO said.

Back in 2009, during a safety audit by ICAO, Nepal had committed to work on legislation to split CAAN. However, 13 years later the proposed legislation remains in limbo.

Nepal has a poor aviation safety record. According to the Aviation Safety database, there have been 27 plane crashes in Nepal over the past three decades, 20 of them over the last 10 years. In May 2022, a Tara Air plane crashed in the mountainous Mustang district of Nepal, killing all 22 passengers and crew members, including six foreigners.

The European Commission (EC) imposed a blanket ban on Nepali airlines entering European airspace in 2013 after eight British nationals were killed in a Sita Air plane crash in 2012.

The rugged mountain terrain, a lack of investment in new planes, and poor infrastructure have contributed to dangerous air travel in Nepal. However, Nepal’s aviation governing structure shares some blame too.

CAAN is both the service provider and regulator in Nepal. That has engendered a conflict of interest, especially when it comes to safety regulations.

This prompted the EC to insist on CAAN splitting into two separate bodies before it considers lifting the ban on Nepali airlines. EU Ambassador Nona Deprez unequivocally stated that passing the bills to split CAAN is a “prerequisite” for Nepali airlines to be removed from the “air safety list.”

Nepali policymakers recognize the need to split CAAN. Since 2007, successive governments have put forward plans to end the dual functioning of the aviation regulator. Each government has expressed a commitment in bilateral (with the EU) and multilateral forums to split CAAN and urged the EC to revoke the ban. A subcommittee of the parliamentary International Relations Committee led by former Prime Minister Madhav Kumar Nepal even directed the government to split CAAN, saying it was mandatory.

Besides improving safety, restructuring CAAN has other tangible benefits for Nepal and Nepali aviation.

First, it will likely lead to the EC removing Nepal from its “air safety list,” opening European skies to Nepali airlines. It would boost revenue for Nepal’s struggling national carrier, Nepal Airlines. Nepal Airlines could not carry out chartered flights to the EU during COVID-19 rescue missions. As a result, the airline lost a big chunk of potential revenue, besides affecting the government’s ability to rescue Nepalis stranded in European countries during the pandemic.

Second, a restructuring would provide a shot in the arm to Nepal’s tourism industry. Around 15-20 percent of tourist arrivals to Nepal are from EU member countries. In 2019, almost a quarter of a million tourists from the EU visited Nepal. Nepal has announced a “Visit Nepal decade, 2023-2033” to revive the tourism sector. Without safe air services, the primary mode of transport for inbound tourists, the tourism decade cannot be successful. Nepal’s poor air safety record and the EU’s ban dissuaded many potential tourists from visiting Nepal. That would change if Nepal sets in motion the necessary changes to make flights safe.

Finally, the issue provides a litmus test of Nepali leaders’ commitment and delivery. Every government since 2007 has committed to and “prioritized” CAAN’s restructuring, but none have delivered.

On March 1 this year, the parliament secretariat included two aviation bills, the Civil Aviation Authority of Nepal Bill and the Air Service Authority of Nepal Bill, on the agenda for the meeting of the House of Representatives scheduled for the following day. However, then-Minister for Civil Aviation Prem Bahadur Ale did a volte-face and requested the parliament secretariat to hold back the bills. Some employees of the aviation regulator were opposed to the planned restructuring, he claimed.

The bills have not made any headway in the House of Representatives since, although the National Assembly, Nepal’s upper house, passed the bills unanimously.

On July 31, Jeevan Ram Shrestha, who succeeded Ale as aviation minister, said that Nepal would not immediately accept the EC’s condition and that CAAN would be restructured “according to need and at the appropriate time.”

Analysts attribute the lack of progress in passing the bills to the vested interest of some office holders and foreign airline operators. The existing system allows CAAN’s director-general to issue tenders and oversee compliance while issuing regulations governing the issues of licenses to airlines and crews. These officials would not want to give up this power.

Meanwhile, other international airlines have gained market share and revenue at the expense of Nepali airlines. Ale and Shrestha’s dilly-dallying shows the deep reach of such vested interests.

Going forward, the path for the government could not have been more straightforward. Yet vested interests have reigned over the common sense measure for 15 years. Shrestha’s statement provides little hope of a change to the status quo.