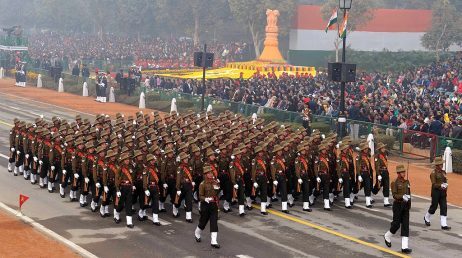 The column originally appeared in The Diplomat on 14 September 2022. Please read the original article here.

On June 14, India announced the Agnipath Scheme, a new model for recruitment into the Indian military. Under the scheme around 46,000 youth between 17.5 and 21 years of age will be recruited for service for a period of four years. A quarter of these recruits will be retained at the end of this period, while the rest will receive a severance package of approximately $15,000 and return to civilian life.

The goal of the Agnipath scheme is to make the Indian military “leaner, fitter and more youthful.” It is expected to cut ballooning salary payments and pension costs, which could be used to modernize the military. Despite countrywide protests India has moved ahead to recruit under the new scheme.

Upon announcing the scheme, the Indian Army wrote to Nepal’s Ministry of Foreign Affairs, seeking approval to recruit Nepali nationals under the new plan. India’s Ministry of External Affairs confirmed that there would be no exception for Nepali Gurkhas.

Recruitment under the Agnipath scheme was to start on August 25 in Butwal and September 1 in Dharan in Nepal. However, the Nepali government halted recruitment.

Impressed by the valor displayed by Nepali Gurkha soldiers in the Anglo-Nepal War, the British East India Company started recruiting Nepali soldiers into a Gurkha regiment in 1815. Upon Indian independence, India, Nepal, and the British government signed a tripartite agreement whereby India would continue to recruit Gurkhas from Nepal.

Under the agreement, the countries would form exclusive Gurkha regiments, and recruits will be eligible for pensions. Currently, 34,000 Nepalis serve in the Indian Army, and 122,000 pensioners reside in Nepal. Cumulatively, they bring in $620 million (compared to Nepal’s defense budget of $420 million).

The recruitment of Nepali nationals in the Indian Army (and the British Army) is a contentious issue in Nepal. Some are opposed to it. Stopping the recruitment of Nepali soldiers in foreign militaries was one of the 40 demands raised by the Nepali Maoists when they started their 10-year armed insurgency. Even as recently as 2020, the Nepali government under Prime Minister K.P. Sharma Oli termed the 1947 tripartite agreement “redundant” and officially proposed its review, which the U.K. government declined.

First, the scheme sidesteps the 1947 tripartite agreement. Although New Delhi has not rescinded the agreement per se it has been consistently stretching its understanding of the pact’s terms. The agreement provided a separate regiment of Nepali soldiers in the Indian Army and made provision for pensions. However, over time the Gurkha regiments in the Indian Army comprise fewer Nepali. They are now 60 percent Nepali, while the rest are ethnic Nepalis from various parts of India. The Agnipath scheme erases the pretense of a distinct Gurkha regiment, as all recruits will be Agniveers. The Agnipath scheme has direct bearing on Nepal and Nepali recruits. Yet India hardly consulted the Nepali government while devising the plan. It only sought Nepal’s approval after it had announced the scheme.

New Delhi often touts its “neighborhood first” policy. But it is increasingly taking Nepal for granted.

Second, retired and aspiring Gurkha soldiers in Nepal have criticized the short-term of the service under the Angipath scheme. For a long time, recruitment in the British or Indian Army was seen in Nepal as an economically secure job with high social status. Agnipath’s terms neither provide a long-term job nor financial security. Indian Agniveers will have priority access to jobs in government and elsewhere after four years. The Nepali government is unlikely to be able to provide such preference. On the contrary, “retired” Agniveers may not be able to join some government services or security forces because of their age upon completing four years of service.

Third, there are lingering concerns about rehabilitating the young “retirees” (who will be 22-23 years) into society. It will be a highly-trained and energetic cohort, potentially struggling to find a job or pay in Nepal. Therefore, there are risks of some of them joining armed groups operating in Nepal. After the Maoist insurgency was over, Nepal struggled to integrate the Maoist guerillas into society.

In addition, some foreign countries could take advantage of the trained forces for covert activities within Nepal. It could embroil Nepal further into the geostrategic nightmare, which could spiral out of control.

Gurkhas have a proud tradition of serving bravely and loyally in the Indian Army. The military of the two countries shares a close bond. As a result, the Chief of the Indian Army is accorded the status of an honorary chief in the Nepali Army and vice versa. Gurkha soldiers are a vital component of this special relationship.

In this context, many expected Nepal and India to have frank discussions on the issue and reach an agreement during the five-day visit of Indian Army General Manoj Pande earlier this month. However, the issue made no headway during his visit. Pande did not raise the matter during his meeting with Nepali Prime Minister Sher Bahadur Deuba. Deuba’s foreign adviser Arun Subdei said Nepal is engaging India at diplomatic and political levels on the issue.

Firstly, it could argue that the relevance of the tripartite agreement is over and hence, seek a new form of negotiation with India at the bilateral level and halt the recruitment until a deal is reached. Secondly, it could approve recruitment under the Agnipath scheme. Finally, it could permanently stop all forms of recruitment of Nepalis into foreign militaries.

There is a need for extensive consultation within parties and across parties regarding these options. There are differing views even within parties, let alone the ruling coalition. Therefore, Nepal needs an extensive national debate on the conditions under which Nepal should allow its nationals to be recruited into a foreign military, if at all.

This affects the long-term security of Nepal and Indo-Nepal relations, and Kathmandu should not rush to a decision. With elections due in two months, the current government is unlikely to decide one way or the other. But the onus will likely be on the current top leadership even after the election.